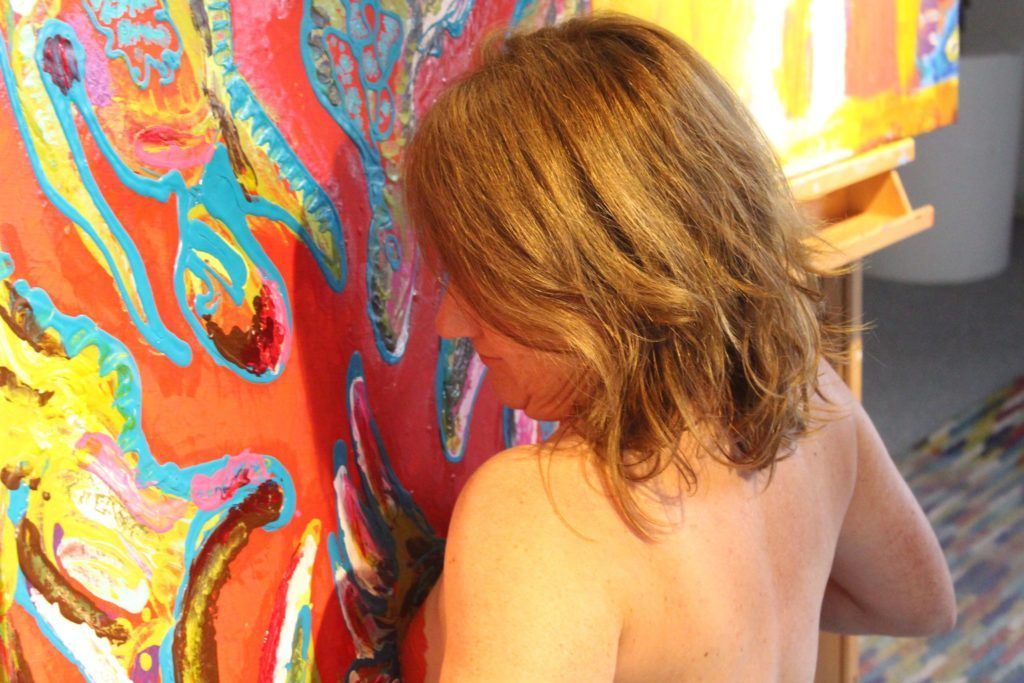 Three Gentofte artists, Charlotte Tønder, Tina Hee and Sara Legind-Hansen, have done with their project "Skinless Honest" – an exhibition of joint paintings, which has been created with the breasts as a working tool.
"We got to know each other in connection with the art route "Open Doors" in Gentofte. One day we agreed that we would put each other to the test. It was supposed to be something none of us had tried before, and quickly the idea was born," says Sara Legind-Hansen.

It was the start of a three-month process that ended in a series of works that have clear imprints of the three women attributes.
The goal was to break their own boundaries and unite each other's genres and styles on the same canvases, and that, according to Tina Hee's statement, succeeded wildly well. Among other things, because the breast prints provide a fun and different structure in the painting. But also because it gives a double meaning of the exhibition's title "Skinless Honest". The three women are exposed both physically and artistically.

"The exhibition is also a commentary on today's scarcer society, where young people, for example, do not dare to bathe with each other after sports, and a topless woman on the beach is almost disheartened. There are so many taboos and embedded cultural visions associated with the female body in particular, and often it is considered a provocation to show nudity, so we are probably also in a little provocation here," says Sara Legind-Hansen".

Scroll to the top

Get the latest news here

We use cookies to give you the best experience. By using our site, you agree to the use of cookies.